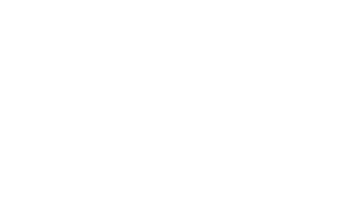 A former state senator who vowed to bring a lawsuit against Gov. Michelle Lujan Grisham for allegedly threatening him with “escalating consequences” unless he withdrew a request he filed under the New Mexico Inspection of Public Records Act made good on his promise Thursday.

Jacob Candelaria, who resigned from the state Senate last month, claims he withdrew the 2020 public records request out of fear of “unlawful retaliation” by the governor.

“Part of the relief we’re asking for in the case is that the court order the office of the governor to produce all of these public records that were constructively denied because of her threats, to order the Governor’s Office to produce them at no charge to my law firm,” said Candelaria, an Albuquerque-based attorney.

“I look forward to the day that I publish them and post them on my law firm website,” he said.

A spokeswoman for the governor vehemently denied Candelaria’s allegations.

“While we are not yet in receipt of this lawsuit, I can tell you that these allegations and the complaint itself are wholly baseless and without merit,” Maddy Hayden wrote in an email.

Candelaria filed the public records request Nov. 30, 2020. He requested a large trove of documents, including every email sent or received by the governor and members of her senior staff between March and November 2020.

Candelaria said he was looking into the Lujan Grisham administration’s handling of the coronavirus pandemic, including the appropriation of federal funds.

“I ultimately sued the governor on that issue and won,” said Candelaria, a Democrat turned independent who teamed up with Republican Sen. Greg Baca of Belen to file a lawsuit against the governor over whether the executive or legislative branch of government had the authority to appropriate federal relief funds.

“I had come to the conclusion that these folks, including the governor and her executive staff, were not being at the very least forthcoming, and I was tired of the [expletive],” he said.

Candelaria claims Senate Majority Leader Peter Wirth of Santa Fe texted him days after he filed the records request to ask for a meeting at his law firm in Albuquerque.

“This was the first and only time in [Candelaria’s] tenure that a Senate Majority Leader, including Senator Wirth, had driven to meet with [Candelaria] at his office in Albuquerque for any reason,” the lawsuit states.

During the meeting, Wirth told Candelaria the governor had threatened “escalating consequences” unless he withdrew his public records request.

Wirth confirmed last year he and former Senate President Pro Tem Mary Kay Papen met with Candelaria at his law office in Albuquerque. At the time, he said they met “to discuss internal caucus matters,” but he hasn’t addressed Candelaria’s allegation that he delivered a warning of “escalating consequences.”

“Senator Wirth is not aware of any existing or pending legal actions related” to Candelaria’s allegations, Chris Nordstrum, a spokesman for the Senate Majority Office, wrote in an email.

Papen told The New Mexican last year she preferred Wirth answer questions about the meeting because she was no longer in office.

“We did have a meeting with Sen. Candelaria,” she said at the time. “I felt that it was pretty well solved, but I guess it wasn’t.”

Despite “wanting this transparency and information,” Candelaria said he relented because he also wanted to ensure he would get legislation passed in the upcoming legislative session, as well as approval for major public works projects in his district.

“When you have the governor who is the one who decides whether or not those initiatives become law and a reality with their veto pen saying, ‘Get rid of this IPRA or else escalating consequences await for you,’ I had to make a very difficult decision, and I chose to put the policy priorities that the district had elected me to first,” he said.

“Now that I am blissfully retired from elected politics and simply a civil rights lawyer, I now fully intend to litigate this issue and hold the governor accountable for her behavior, as well as Senator Wirth,” he said.